Namisharanya (or Neemsaar, the name with which it is known today) is a small town in the Sitapur district in Uttar Pradesh. It is on the Lucknow-Delhi National Highway No-24.

I got the oppertunity to visit this sacred place a few times and hence thought to write about it. It is about 88 KMs from Lucknow. We took Lucknow-Sitapur National Highway 24. After about 50 Kms from Lucknow, one need to take the left turn to get state highway at a place called Siddhauli. Namisharanya is about 38 KMs from Siddhauli. 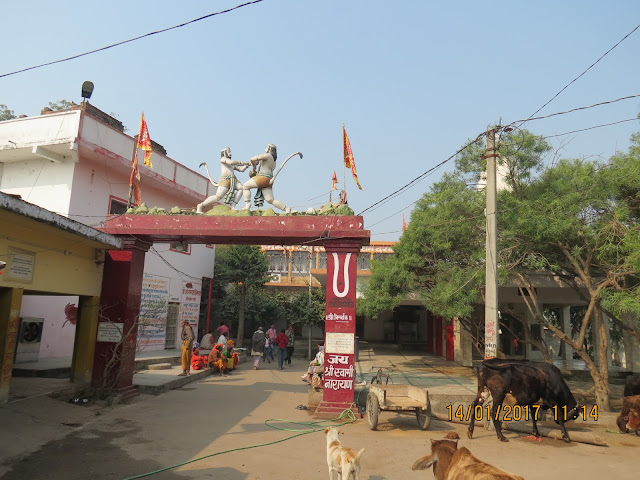 According to the Hindu traditions, Vedas were divided into four parts and "Puran" were written by Rishi Ved Vyas at Naimisharanya. 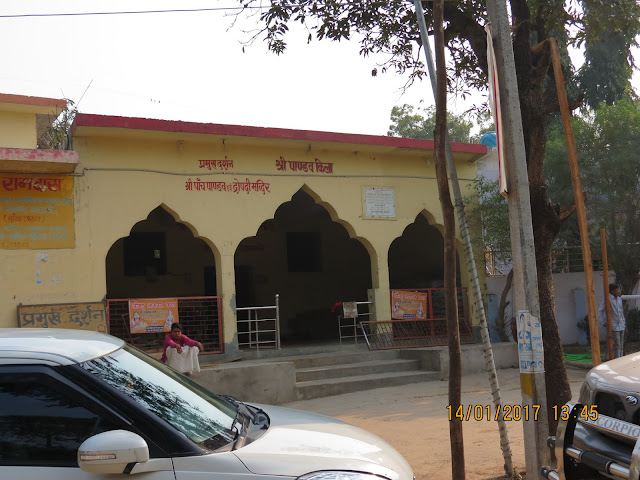 Mishrikh, near Naimisharanya, holds its religious significance due to the belief that Maharshi Dadhich donated his bones to Devatas for making Vajras. The Hatyaharana Thirtham here at Mishrikh is of great importance; where Rama is believed to have bathed to purify himself of the sin of having killed Ravana. 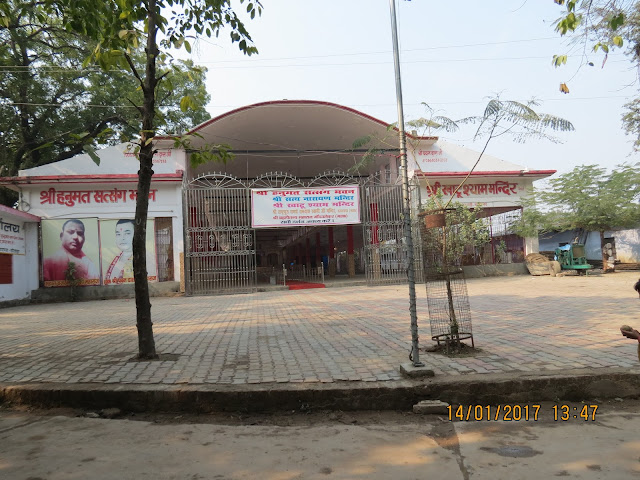 Sitapur was established by the king Vikarmaditya after the name of Lord Ram's wife Sita. In modern terms, the history of Sitapur is closely associated with that of the rest of Awadh. The district figured prominently in the Indian rebellion of 1857, when the native troops quartered in the cantonments fired on their officers, many of whom were killed, as were also several military and civil officers, with their families, in attempting to escape.

According to Puranic Traditions in the ancient times, being oppressed by the religious degeneration of the Age of Kali (Kali Yug), sages went to Lord Brahma and requested him to tell them the way of redemption. Lord Brahma then released a ‘Chakra’ or the ‘Wheel of Cosmic Order’ and directed them to follow it up to a place where its axis (Nemi) would disintegrate and fall, that place would be most sacred for penances and sinful kali will have no access there.

The Nemi of that wheel or Chakra fell at a spot which came to be called ‘Chakra Teertha’ or the holy bathing place in the shape of the sacred ‘Chakra’ and the surrounding forest area came to be known as Naimisharanya or the forest of Naimish to which sages retired for spiritual and religious life.

This sacred place further went on to attract innumerable pilgrims through ages especially on holy occasions such as Amavasya, Nava Ratra etc. 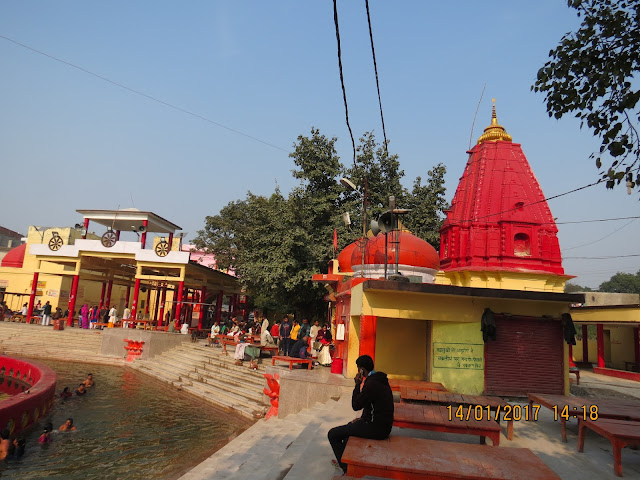 Chakra Teertha is one of the most important holy places in Naimisharanya. The devout pilgrims take a holy dip in ‘Chakra Teertha’ before proceeding to other holy places of Naimish such as the Lalita Devi Temple and others.

Mother Goddess Lalita Devi had done penance here and her abode in the form of a temple is there. It is significant to note that in offering his worship to Lalita Devi, Adi Shankaracharya recited his famous ‘stotra’ (devotional prayer) called “Lalita Panchakam”.

Around the Chakra Teertha, there are temples to Chakranarayana, Ganesh, Ram, Lakshman here.

Nearby there is a shrine to Veda Vyas, known as Vyas Gaddi. Here Rishi Ved Vyas devided Vedas in four parts and also wrote Purans. There is also the Puran Mandir. The Mahabharat was recited here for the first time, and Naimisaranya is mentioned frequently in both the Mahabharat and the Ramayana.

At Soot Gaddi, sages Soota and Shaunak had discourses.

Nearby at Sri Hanuman Garhi, Large statue of Lord Hanuman is situated. According to popular belief after killing Ahi Rawan, Hanuman appeared here with Lord Rama and Lakshman at this place from "Pataal" .

Tirumangaialwar of the 9th century CE has sung of Naimisaranyam in Tamil in a total of 10 verses, as one of the abodes of Vishnu. Tirumangai Alwar refers to Vishnu as 'Naimisaaranyattull en Taai'. An Ahobila Madam and a Ramanuja Kootam in the Sree Vaishnavite tradition are located here.

There is a beutiful Venkateshwara (Balaji) temple in construction here. It is more famous here as South Indian Temple.

One thing which I felt is pilgrims here should avoid themselves from so called "Guide" and "Panda". They try to extract money. I suggest that pilgrims should just concentrate on their worship and Meditation. There is no one in between Lord and devotee. Lord likes only pure heart and devotion!!

How to reach here:
Neemsaar can be easily approached from Lucknow, the capital of Uttar Pradesh. A lot of Taxis and buses are available at regular interval.

PS:
From Lucknow the route is via Sitapur Highway. Then at Sidhauli, a diversion to left has to be taken. This state road is not that wide and has a few potholes but managebale.

There are many temples, including, Chakra Teertha, Lalitha Temple,Vyasa Gaddi, Hanuman Garhi etc. I have heard that a new temple dedicated to Venkateshwar has also been constructed there.

Naimisharanya is very small town and there are not many good options to stay there. In recent times a few accommodation options have come up. One can stay at Balaji Temple guest house or at Sai Mandir. As this place is very close to Lucknow so I suggest that Lucknow is better to stay.

One thing I want to state that please do not listen to what priests and other say to you. Concentrate to your prayers. They may ask donation and, may try to distract you. Just concentrate on your worship and dont listen to them. Naimisharanya is getting a bad name because of these people.

As I told earlier also, it is a very small town (or rather village),so not many regular direct buses are there from Lucknow. People who go by Bus from Lucknow, They need to take the bus from "Kaiser Bagh" Bus stand at Lucknow. Take any bus going towards Sitapur, get down at"Sidhauli", then take samll auto etc to reach Neemsaar.

Otherwise reach Sitapur and then from there find out any Bus or auto etc. Best way in my view is to hire a taxi from Lucknow (If you are with family or friends).

I felt that it is a very powerful place for meditation but lack of maintenance of the temples and place as well as influence of money has taken its toll on this otherwise wonderful place of worship.
Posted by trips of alok at 12:19 PM