Monday, 7th April, 2008, we decided to visit Chamundi Temple at Mysore to Visit Mother Mahishasur-Mardini Temple. It is festive occasion of Navratri and so most auspicious time to be in shadow of lotus feat of Mother Goddess. 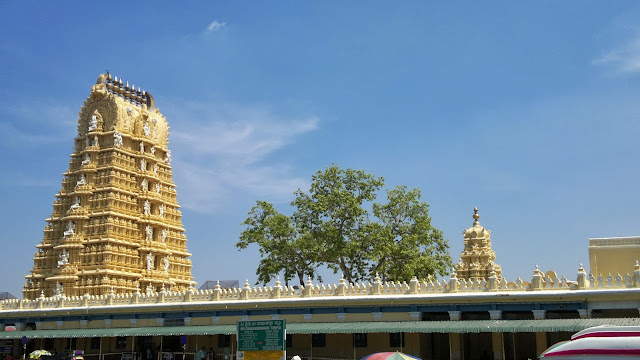 Pravin and his family also accompanied us and we started at around 8:15 in morning from my house and reached Chamundi Hills at around 12:15 in noon. It is around 157 KMs and we took rest at one place in between. The route from Bangalore is Bangalore-Bidadi-Mandya-Mysore-Chamundi Hills. My Alto had got its second service only a few days back and petrol tank was full so it was raring to go for a long drive.

The Chamundi Hills are located close to the palace city of Mysore. Its average elevation is 1,000 meters.

Legend has it that that the demon Mahishasura, the king of the area that is currently Mysore, was killed by the Goddess Chamundeswari (also Chamundi) after a fierce battle. The hills hence got their name and a temple of the goddess was built on the top. The goddess is also known as MahishasuraMardini meaning She who slayed Mahishasura. The temple has a very beautiful idol of the goddess wearing a garland of skulls. The temple has always been patronised by the rulers of Mysore. In earlier days, the Maharajas of Mysore would ride the ceremonial Dasara elephant during the annual Dasara festival, but after India gained independence, the idol of Goddess Chamundi is taken on an elephant.

After having darshan we took our lunch there and then started for SomnathPur. 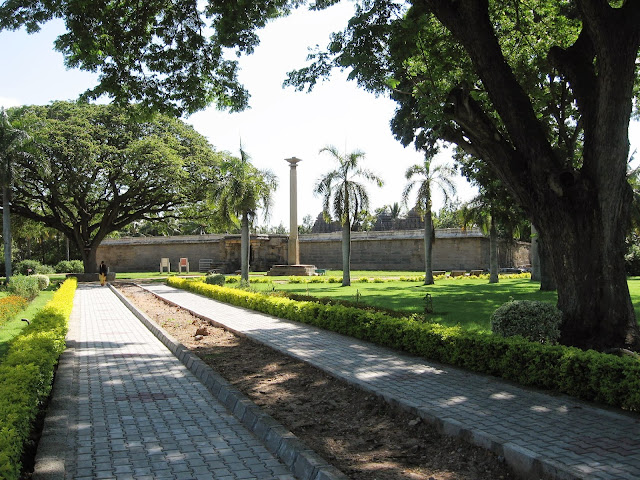 Somanathapura is a town located 30 km from Mysore. It is famous for the Chennakesava Temple (also called Kesava or Keshava temple) built by Soma, a dandanayaka (commander) in 1268 CE under Hoysala king Narasimha III, when the Hoysalas were the major power in South India.

The Keshava temple is one of the finest examples of Hoysala architecture and is in a very well preserved condition. The temple is conservated by Archeological Survey of India under the category of protected heritage sites. 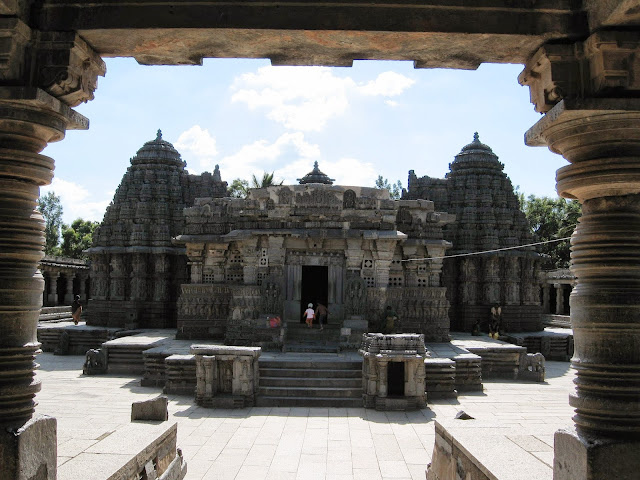 We reached SomnathPur via Bannur. The road from Bannur to SomnathPur is really pathetic and to cover a distance of 7 KMs took around 30 min!!

Somnathpur Temple did not suffer destruction as much as Belur and Halebid temples did and hence offers a more unbroken view of period's architecture. The temples adhere to the typical Hoysala style architecture where the temple is designed as a mini cosmos with scenes carved on the walls including Gods, Goddesses, dancing girls, musicians, gurus and all kinds of animals including elephants, lions, cows and monkeys. 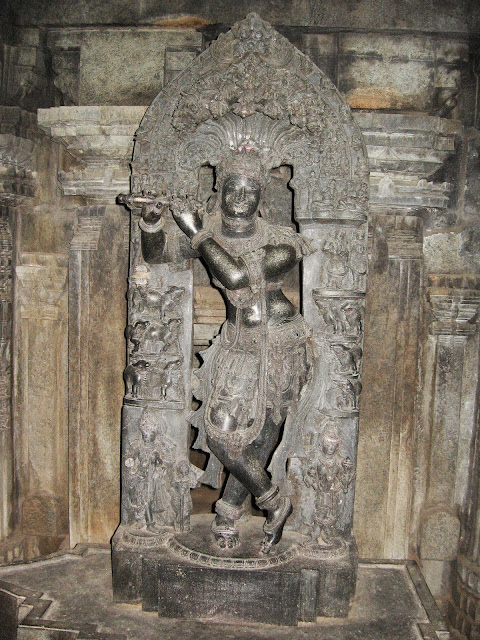 At the temple, the outer walls are decorated with a series of star-shaped folds and the entire surface is covered with carved stone plaques. The walls above the plinth are also carved with exquisite figures of gods and goddesses, taken from the Puranas, and meticulously arranged in vertical panels.

The temple itself, stellar in shape, has three profusely carved pinnacles with a common Navranga and stands on a raised platform.

The three sanctum sanctorums once housed beautifully carved idols of Kesava, Janardhana and Venugopala. Today, the original idol of Lord Kesava is missing but the other two still adorn the sactum sanctorums in their original form.

We started at around 4:30 from SomnathPur and proceeded for Bangalore via Mandya.