In search of Buddha

Since ancient times, the land of India has been blessed to have given birth or attracted many great souls, who have added new dimension to the growth of spiritualism across the world.

The small town of Shravasti, about 170 KMs from Lucknow, the capital city of UP is one such place.

It is closely associated with the life of Gautama Buddha, who is believed to have spent rainy season here every year for 24 years! (Varsha Chaturmasa)

I wanted to visit this blessed land for quite some time, but finally this December, I got the opportunity.

It was a pleasant drive from Lucknow. Weather was good and Lord Anshumaan made the ride even more comfortable on this winter season when generally fog overlaps everything.

As a modest driver, it took me about 4 hours to reach here. The route is Lucknow – Barabanki – Bahraich – Shravasti.

It is said that the King Shravasta, founded this town. It was the capital of the Kosala Kingdom during 6th century BCE to 6th century CE.

During ancient times a great rampart of earth and brick surrounds this city. During excavation in 'Sahet-Mahet' near Shravasti City, many ancient idols and inscriptions were found. They are now kept in museums at Mathura and Lucknow.

As we entered the town, the sign boards with “Thai Temple” welcomed us.

The “Thai Temple” is a major attraction here. Spread over hundreds of acres, it is a must visit. Only issue I faced here is that they didn’t allowed camera and mobiles to be carried inside the premises.
The nuns welcomed us with “Namaste” and showed us the way to temple. It is built in typical Thai style with meditating Lord Buddha in sanctum.

First is the statue of Lord Buddha just before the main temple. Some beautification work was still in progress. Greenery is spread everywhere and there is stillness evident. Excellent place to do prayer and meditation.

Then I visited the temple.

The stupa is just behind the temple, but we were not allowed there.

Very close to the Thai Temple is “Jetvana”. In fact, if one comes from Main Shravasti Balrampur Road, it is the first one to come and then the Thai temple is behind it. 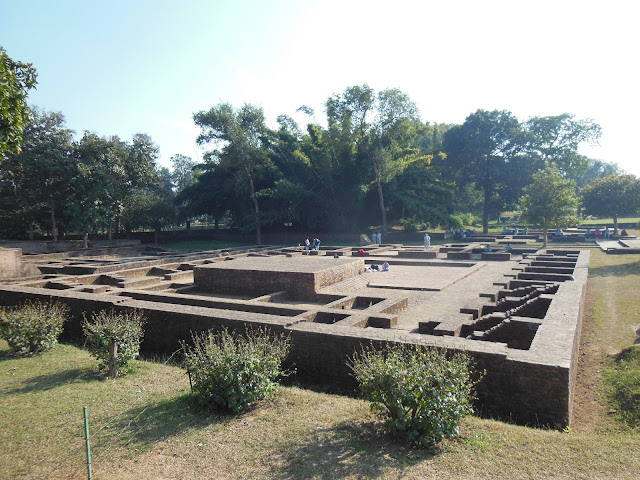 The Buddha passed the greater part of his monastic life here. When the Buddha accepted Ananthapindika's invitation to visit Shravasti, the latter, seeking a suitable place for the Buddha's residence, discovered this park belonging to Prince Jeta Kumara. He agreed to sell it on the condition that cost will be equal to entire place filled with gold. Ananthapindika had gold brought down in carts and covered Jetavana with gold pieces laid side by side. The gold brought in the first journey was found insufficient to cover one small spot near the gateway. So Ananthapindika sent his servants back for more, but Jeta Kumara, inspired by Ananthapindika's earnestness, gave that spot to him. 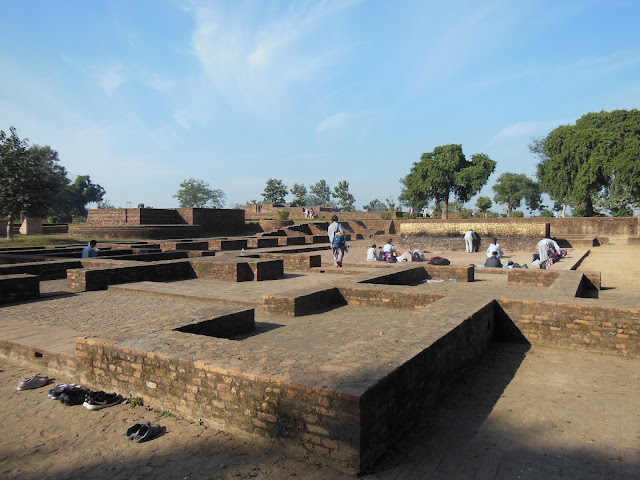 Jeta Kumara also erected there a gateway, with a room over it.

It is said that Ananthapindika paid eighteen crores for the purchase of the site, all of which Jeta Kumara spent in the construction of the gateway gifted by him.

JetaVana is now under ASI. There are ruins spread over this entire area very similar to that of Sarnath. Among these the most important one is the “MoolaGandhaKuti”. This is the place blessed by stay of Lord himself. 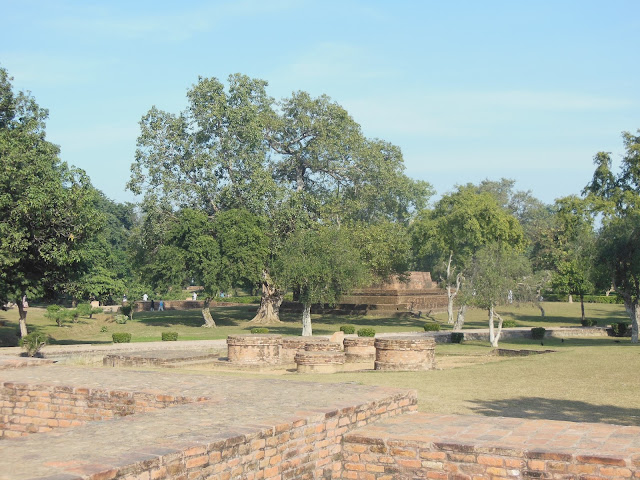 There were pilgrims from Japan and Thailand. They were doing prayers by lighting lamps and meditations. Some were also involved in cleaning the monument by collecting the garbage.
Can we Indians learn something from them?

I walked through entire area. Even with so many people around, there was peace everywhere. One can easily dive into mediation here. The presence of Buddha is still there!

The Buddha statue and Stupa of Thai Temple is visible from here. It seems like Buddha is watching us and smiling, inviting us to dive in bliss of meditation. 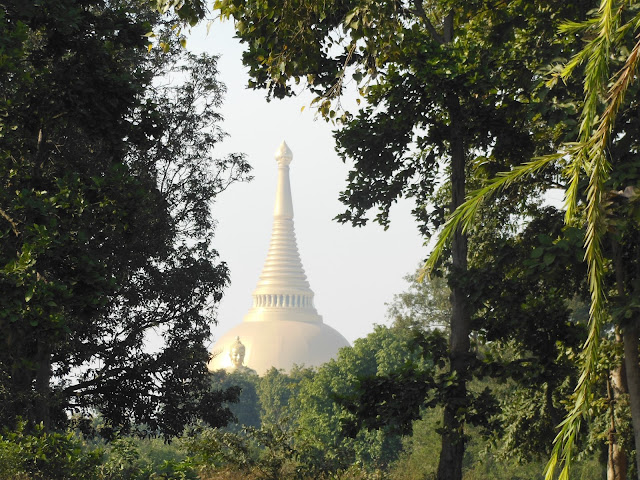 After spending sometime there, I went towards the Sambhavnath Temple. It is believed to be the birthplace of the Tirthankara Sambhavanath in Jainism, making Shravasti an important center for Jains as well.

There are also many other temples as well as Vipasana Centers here.

Shravasti is wonderful place to visit for spiritual as well as history lovers. Roads and other amenities can be made better. There are no good toilet facilities nearby.

It was afternoon now and evening was approaching fast. Time to take the road back to Lucknow.