Since long I was thinking to visit Bandipur Tiger Reserve. Though it is very difficult to spot a tiger even in a forest reserve, reasons are that they are very solitary animals and generally tries to keep away from humans. Another thing is that jungle bushes provides a perfect camouflage to them and it becomes very difficult to see a tiger in bush, until it wants you to give attention to him! 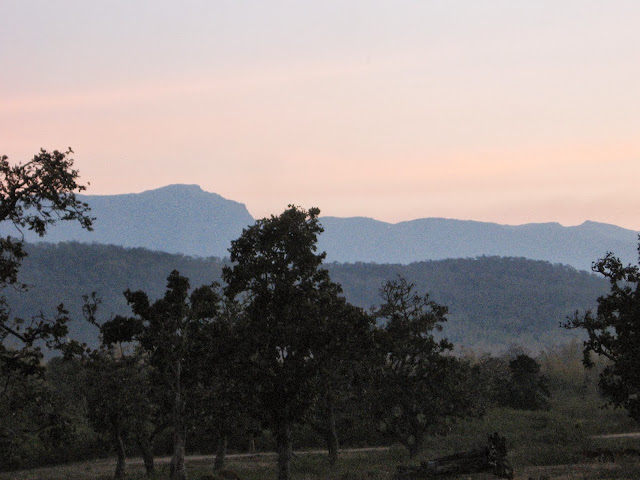 Another attraction was to visit Himvad Gopalaswamy Betta Mountain and Temple, which is very much part of Bandipur forest. So finally the program was chalked out and I decided to visit these places during 24th 26th January, 2009.

We started at around 8:15 AM from Bangalore by my Alto. Pravin was also with me. From Mysore forest office, we collected the reservation slips to stay at Bandipur Forest Guest house.

From Bangalore, Bandipur Forest guest house and Reception center is about 225 KMs. The route is Bangalore- Mysore - Nanjangud- Gundlupet- Bandipur. Road is good except in between Mysore to Nanjangud and from Gundlupet to Bandipur. From Mysore Bandipur is about 85 KMs. 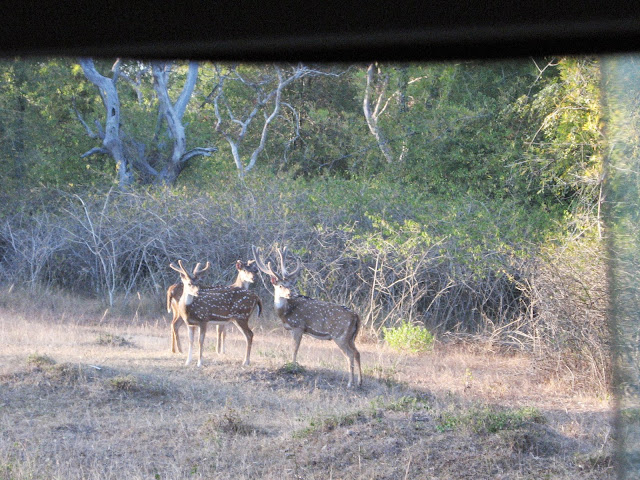 We did some breakfast at Ramanagaram. This place is famous as shooting of hindi movie "Sholay" had happened here. Then we took lunch at Nanjangud. Nanjangud is famous for sacred Shiva Temple. I had visited here with friend Pundareeka sometime back.

Our journey was good except that, when we reached at Forest guest house, the left back tyre of my Alto got punctured. One forest department employee helped in replacing the tyre. In this process he put a scratch mark on lower side of Car as well. Any scratch on my Car feel like a scratch on my body, but I kept my cool. Then I also noticed that two doors of car were not working with Auto-Lock system, but that was not a big issue and I thought will get repair once back to Bangalore. Repairing of punctured Tyre was important so decided to get it done next day. 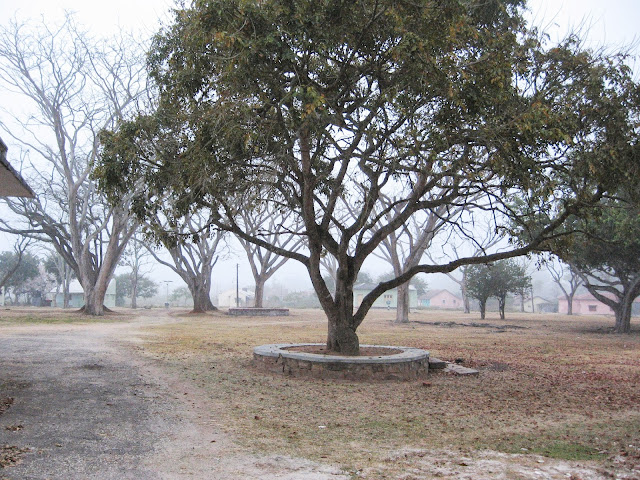 After taking rest at Vanshree guest house for some time, we took evening safari to jungle.

This safari is arranged by Forest Department. The timings are morning 6-9 AM and evening 4-6 PM. It takes about 45 minutes.

We were greeted by Wild Boar, Spotted Deer (Cheetal), Sambhar Deer, Langurs and Monkeys. EXcept these, we were unable to find any other animal. As expected we could not see the Majestic Tiger. 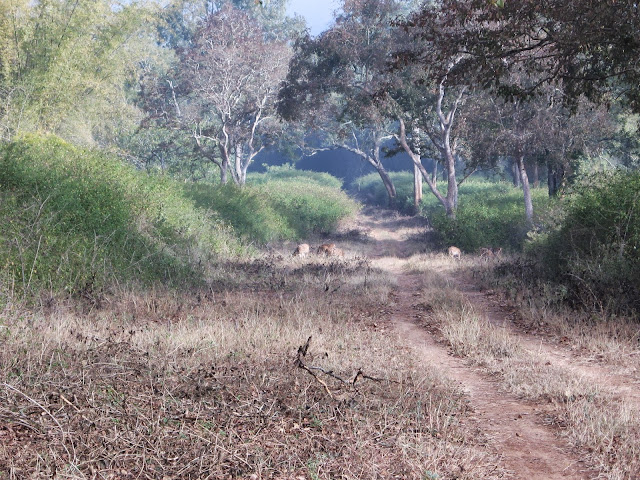 Wild boars, monkeys and Langurs have become very much accustomed to huaman presence, and they frequently roam across the forest guest house area. As the evening approaches, cheetal also come there in large numbers. I feel this is beacuse they all feel safer in human presence.

Bandipur National Park is one of India's best known sanctuaries, and is an important Project Tiger reserve. It is located in the Chamarajanagar district of southern Karnataka in south India, and is contiguous with the Mudumalai National Park in the neighbouring state of Tamil Nadu, the Waynad Wildlife Sanctuary in Kerala, and the Nagarhole National Park to the northwest. It is home to many tigers and elephants along with leopards, dholes (Wild Dog), Gaur (Indian Bison) and sloth bears. 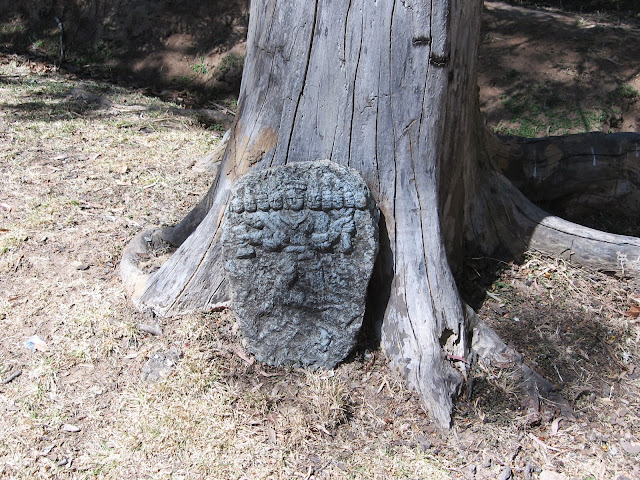 A sanctuary of 90 km² was created at this site in the Bandipur Reserve Forest in 1931. As it was realised that this was too small for effective wildlife conservation, leading to the instituting of the Venugopala Wildlife Park at this site, extending over 800 km². The Bandipur Tiger Reserve was constituted in 1973 by carving out 880 km² from the Wildlife Park. Recognised under Project Tiger in 1973 this park has boasted constant rise in Tiger population.

Togeather with Mudumalai, Nagarhole and Wayanad forest ranges, Bandipur forests makes the Nilgiri Biosphere Reserve. Total area of which is about 5500 Sq KM.

After safari, we came back. Evening I decided to do some meditation in the peaceful environment.

Food provided by the guest house was good.

I slept late in the night. Roamed outside after dark. Millions of stars were showering grace from open sky. From cities like Bangalore, it is difficult to see them as they remain hidden in pollution and lights. I remembered my village, from where also I can all of them.

Then I observed some movement and saw many Cheetal deer raoming in guest house area, not very far from me. As I focussed my torch on them, they galloped. Their eyes were shining like LEDs.

As night approached further, jungle became more and more live. In the day time as hunter animals remain confined to bushes and near water holes, there used to be an uneasy silence. But as night approaches, things changes fast and forest becomes the ground for hide and seek between hunter and prey.

It was around mid night, I heard the alarm call of barking deer. Barking deer are small in size and always vigilant for danger. Their call and activities of Langur monkeys are indicative if Tiger and/or Leopard is on prawl. As soon as the barking deer gave the alarm call, the jungle became full of starnge sounds. It included calls from Langurs and Monkeys from tree tops as well as call of Jacals etc. Their must be something going on in Jungle, but I could only guess!!

Now also we could not see, anything more than what we saw last evening safari.

After safari, we took our Alto and went to Hangala village, which is about 10 KMs from Bandipur Forest guest house towards Mysore. There we were expecting some puncture repair shop and we got one.

Then we returned back and took our Car till Moyar Gorge. It is formed with Moyar river and makes a natural boundry between Karnataka and Tamilnadu. The forest on other other side is known as Mudhumalai.

Then we came back and took lunch. 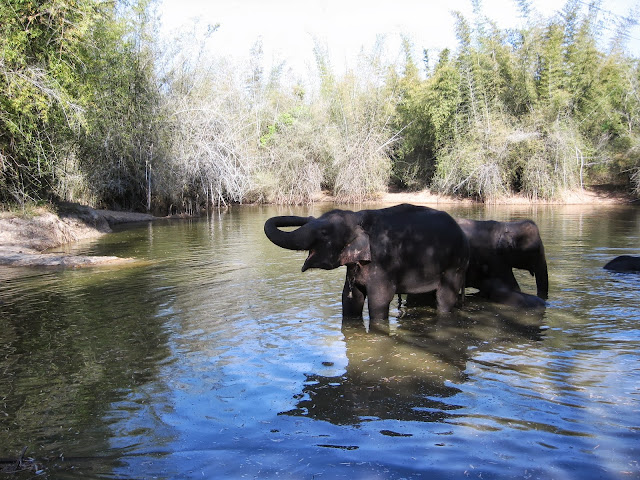 Two domesticated adult female elephants and their two little ones have their home near guest house. In the afternoon we watched Mahauts bathing them. Because of their presence, the forest officials asked us to park near reception. Because if it is parked at guest house, then in night they can harm it.

Besides forest guest houses, there are many resorts near Bandipur including the Country Club, Tusker Trails, and Jungle Lodges etc. These are luxurious resorts with relatively high prices. Jungle lodges and MC Resorts are just before as we enters the Bandipur forest limits. Others are at Village Mangala, which is about 3 KMs from Bandipur Forest Reception Center and Guest House. Just move further from here and take left turn. The board on the turn will guide you.

Mudumalai is the Tamil Nadu part of the forest, where, I heard, accommodation is available at relatively lower prices. Mudumalai is 20 km from Bandipur, and there are many resorts at Mudumalai.

Second night at Bandipur was again the same as first one, lot of noise from Jungle.

Third day morning, we decided to go to Himvad Gopalaswamy Betta. I had came to know
about this place, when I had visited Ooty last year. Then collected some information about it from my friend Shivananda. 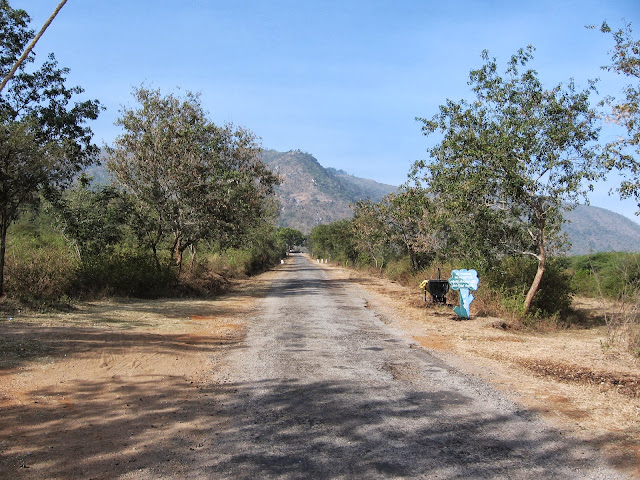 Gopalaswamy Betta (betta is hill in Kannada) located inside the forest is a popular trekking spot. There is also a motorable road to the summit of the hill. The area is also frequented by herds of wild elephants. The hill gets its name Himavad (fog in Kannada) due to the fog during most parts of the year. 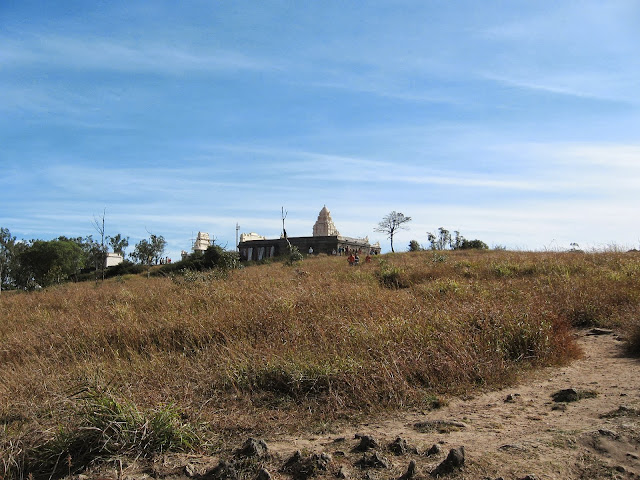 Atop the hill is a temple of Lord Venugopala Swamy built centuries ago and a travellers' bungalow which remains locked now and belonged to the Ruler of Mysore.

Nobody is allowed to stay beyond 5:30 PM. These hills are covered with grass and classified as shola forests. After taking Upma in breakfast, we started for it. There is one forest checkpost before hill road starts.

Road is quite steep and some times, it was required to put first gear to lift the vehicle. Road is also not in very good condition and also it is quite narrow.

But reaching temple, one forgets all miseries. Lord Krishna was there to bless us!! 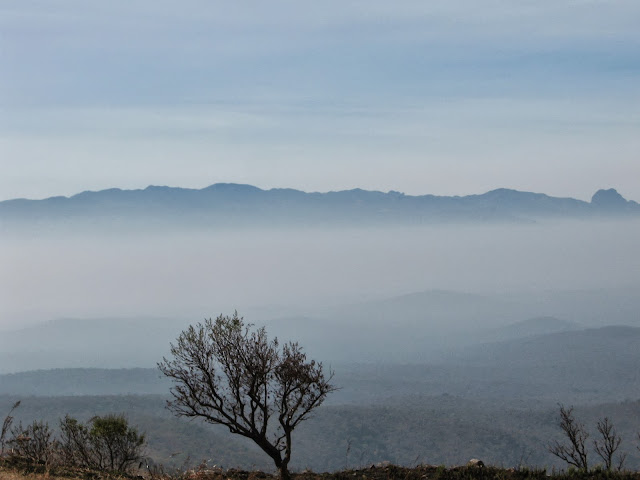 This temple was built by the King Chola Ballala during AD 1315. Later the Wodeyars of Mysore who were ardent devotees of Lord Venugopala displayed keen interest in maintaining the hill temple. The temple is dedicated to Gopalaswamy, which is one of the names of the Lord Krishna. The gopuram of the temple is single-tiered and rests on the compound wall of the enclosure. A dhwajastambha (flag-pillar) and a bali-peetam (sacrificial altar) is present in the mukha mantapa (inner-porch). The parapet wall of the façade of the mukha mantapa contains the sculpture of dashavatara (the avatars of the Hindu God Vishnu) with the centre portion of the sculpture depicting Krishnavatara (the avatar of Vishnu in which he appeared as Krishna). There is a shikhara tower over the garbha griha (sanctum sanctorum).

The garbha griha contains an idol of Krishna holding a flute under a tree. Krishna is flanked by his friends and the posture is that of a dance with the left big toe resting on the right one. The panel also features several characters and icons from Krishna's avatar. 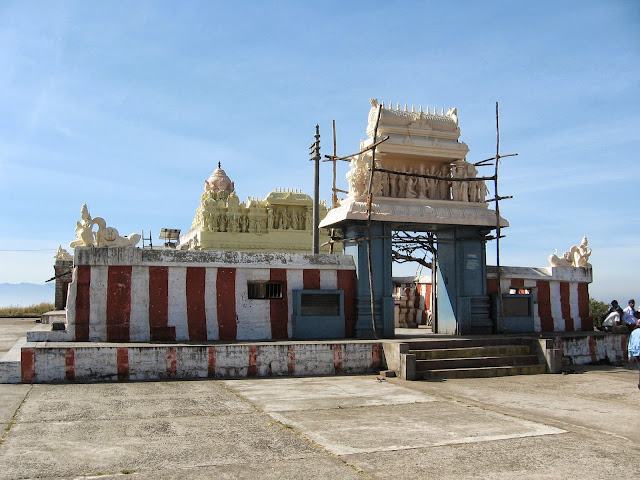 Lord Gopalaswamy's idol is flanked by his consorts, Rukmini and Satyabhama. Cows and cowherds are featured towards the right side of the panel.

Legend says that sage Agastya, performed intense penance and as a result lord Vishnu blessed this place and promised to reside here. As this was a place of worship and penance, it used to be called as 'Hamsatheertha', which means the lake of swans in Sanskrit. Swan acquires a significance in Hinduism, symbolizing knowledge, tranquility and salvation.

Being a part of the Bandipur wildlife sanctuary, the hills are frequented by grazing wild elephants. The place is also known for its picturesque views of the surrounding hills.

After visiting temple, we roamed in surroundings. The view is superb, with thick forests and mountains in mist....It was awesome beauty!!!

Remaing there for some time, indulged in beauty of mother nature, we started back. I drove non stop till we crossed Mysore. Then took lunch at Rajhans Punjabi Dhaba.

Then again a drive till we crossed Ramanagaram and halted for tea.

From there we drove non stop till home at Bangalore.

In total we drove about 518 KMs.
PS: There are two type of accomodations in the vicinity of Bandipur.

Second option is to stay at Forest Guest House at Bandipur. For that you need to book the accomodation through Forest Office at Mysore.

Below is the Contact Address and phone numbers of Forest Office at Mysore.
Field Director, Project Tiger, Aranya Bhawan, Ashokpuram, Mysore(Tel: 0821-2480901)
Talk to them, You have to send a letter (Through Fax at same number)to them indicationg number of people, dates etc. Once they get theletter, again call them and they will guide you how to proceedfurther. You may have to send them DD.

You may not get oppertunity to see the Tiger, in a weekend. Tigers are very solitary animal and they remaind confined to bushes away from human presence. One has to try for many days to get the chance....