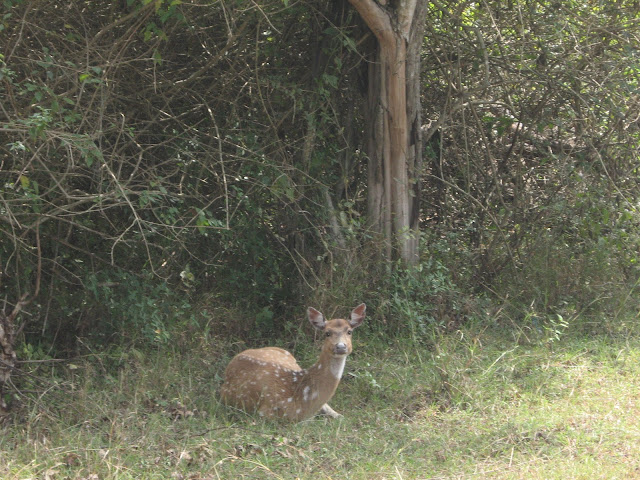 I was making plans to visit Pondicherry with Pravin and our families, but due to year end rush, were unable to find some good accomodation there. So after lot of discussions and thoughts, Mudhumalai was finalised.

There are a lot of resorts as well as Tamilnadu Forest Department guest houses available in Mudhumalai, but as we could not get any so decided to stay at Mysore. From there, Mudhumalai (Theppakadu) is about 90 KMs.

From Bangalore, the route is Bangalore - Mandya - Mysore - Nanjangud - Gundlupet - Bandipur - Mudhumalai (Theppakadu). The distance is about 240 KMs. From Coimbatore it is about 160 KMs.

Mudhumalai, which means 'first hills’, is one of the first wildlife sanctuaries established in India. The sanctuary is divided into 5 ranges - Masinagudi, Thepakadu, Mudumalai, Kargudi and Nellakota.

From Theppakadu, two routes exists for Ooty, one via masinagudi (36 KMs) another via Gudalur (68 KMS). The Masinagudi route is quite steep so generally drivers prefer Gudalur route.

From Mysore, we started early in the morning and it took us about two hours to be there at Theppakadu.

As soon as we entered the Bandipur National park, the dense forest started. I have got a chance to spend some time in 2009 at Bandipur. The experience to be in a Jungle in Night is just amazing!!

We crossed Bandipur and then entered Tamilnadu. Actually it is same forest, the area on Karnataka side is called as Bandipur and on Tamilnadu side is known as Mudhumalai.

At the border, there is a small river. From Tamilnadu side, two Policemen were enqiring about every passing vehicle and also oppertunity for some quick money.

Here one can spot herds of endangered Indian elephants, vulnerable Gaur, and Chital. The sanctuary is a heaven for Tigers, Leopards and other threatened species. There are at least 266 species of birds in the sanctuary, including critically endangered species like the Indian White-rumped Vulture and the long-billed vulture.

There are safaris available from the forest department, the timimgs are morning 7 AM - 9 AM and evening 3 PM - 5 PM. In the same manner one can take the safari at Bandipur also which is about 13 KMs enroute to Mysore. 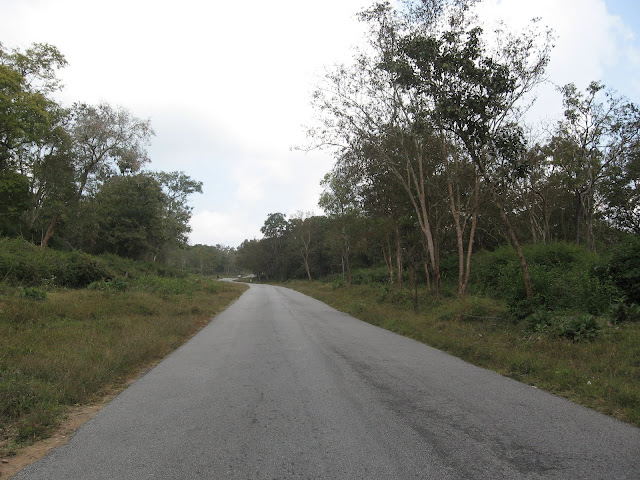 We encounted many elphants and also Deers and Langurs. But not that lucky to come across any Bison (Gaur) or Panther or Tiger.

One should make sure not to intimidate these animals and also always keep a safe distance perticularly from Gaur and Elephants.

The Western Ghats, Nilgiri Sub-Cluster (6,000 square KMs), including all of Mudumalai National Park, is under consideration by the UNESCO World Heritage Committee for selection as a World Heritage Site.

The Mudhumalai Sanctuary is as an important wildlife habitat due to its strategic position as a Wildlife corridor between several other protected areas that are a part of the Nilgiri Biosphere Reserve. To the north is the Bandipur National Park and Nagarhole National Park. To the west is the Wayanad Wildlife Sanctuary and in the south are Mukurthi National Park and Silent Valley National Park. To the east is the Segur plateau which connects to the Sathyamangalam Reserve Forest and Biligirirangan Hills Wildlife Sanctuary. These parks and the adjoining Reserve Forests cover over 3,300 square kilometres (1,300 sq mi) of forest supporting a population of 1800-2300 elephants. 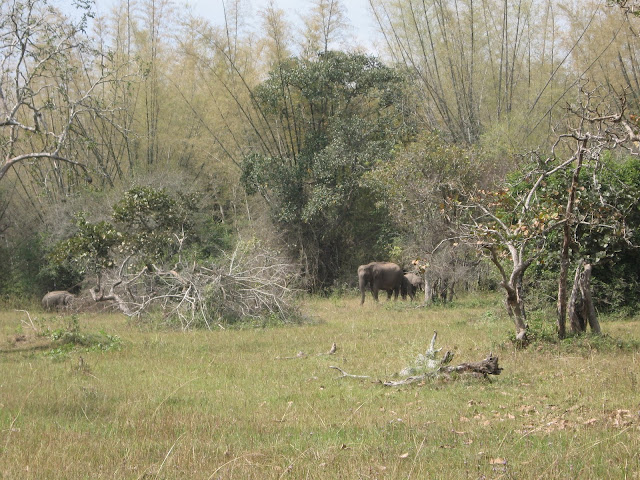 Until late 18th century, the forests of the sanctuary were under the control of the Nilambar Tirumalapad religious sect (Tirumalapad Kovilagam). In 1927 the area was declared a reserved forest. The park was created in 1940 to become the first wildlife sanctuary in South India. Originally 62 km2 (24 sq mi), the sanctuary was enlarged to 295 km2 (114 sq mi) in 1956. In 1958 the sanctuary was extended to 318.7 km2 (123.1 sq mi) and subsequently to its present size of 321 km2 (124 sq mi). The sanctuary is contiguous with Bandipur National Park (874 square KMs) and Wynad Wildlife Sanctuary (344 sqaure KMs). 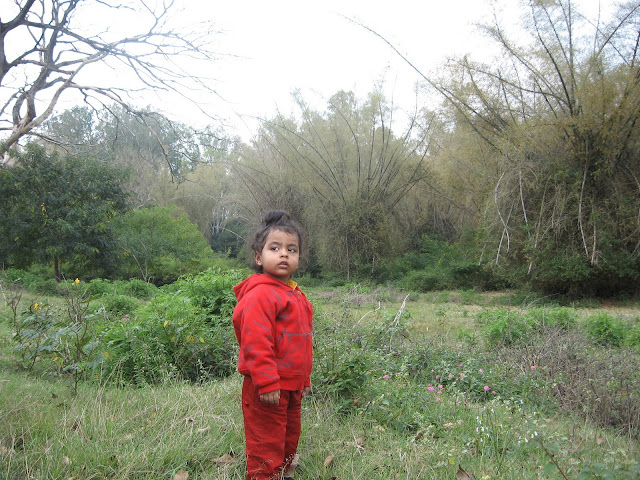 There is a high diversity of animal life in the sanctuary with about 50 species of fishes, 21 species of amphibians, 34 species of reptiles, 227 species of birds and 55 species of mammal.

Besides a large species of animals and birds, this sanctuary is home to several species of wild relatives of cultivated plants including wild rice, wild ginger, turmeric, Cinnamon, Solanum, Guava, mango and pepper that act as a reserve gene pool for the cultivated plants.

The Elephant Feeding Camp where one can interact with elephants and see how they are fed. The captive elephants in the sanctuary are no longer used for timber extraction work, since these areas are managed exclusively as protected areas. The elephants are engaged mainly for Eco-tourism, patrolling for anti poaching operations, to control Man-Elephant conflict outside the sanctuary or other areas and as a conservation and training center for elephants which can be visited by public.

The timings for the elephant camp is 4 PM to 6 PM.

After spending some good quality time here, we started back to Bangalore and after about 6 hours we were in the comfort of our home.

I promised myself to be here again and spend a few nights in this peaceful place.
Posted by trips of alok at 9:33 PM