Three Shakti Temples of Eastern UP

During end of November month, I got the chance to visit three shakti temples in eastern UP.

They are on the Gonda - Gorakhpur loop line along the Nepal border. 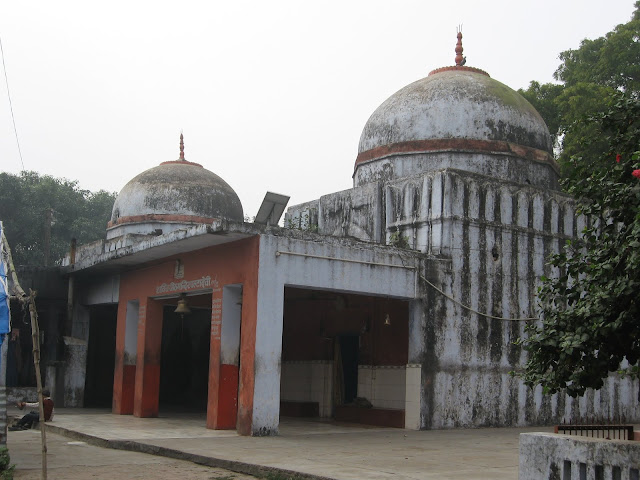 Shohratgarh is about 275 KMs from state capital Lucknow. Buses as well as trains are available. For trains, one has to change it at Gonda, from where meter gauge train will take one to Shohratgarh.

I had hired a taxi from Lucknow.

Gauge change work by Indian Railways is in progress. Hopefully in next 3-4 years, these place will have direct connectivity through Railway from rest of India.

The temple is very famous among the local people at Shohratgarh. On auspicious days, particularly during Navratri, a lot of people (including from nearby Nepal) come here to get blessed at this holy shrine.

Legend
It is said that this temple was constructed by Pandava brothers during their exile period of 14 years. Later this temple was renovated by King Shuddhodhan. King Shuddhodhan was blessed and got famous as father of Lord Budhdha.
Besides the mother's temple, The temple complex also includes the Shiva Temple and the Siddhanath Temple.

I spend some time in the premises. Very peaceful and blissful place with grace of mother almighty everywhere.

My next stop was Lehra Devi Temple about 50 Kms towards Gorakhpur.

Lehra Devi Temple
Like Palta Devi temple, Lehra Devi Mandir is also a very old temple of mother goddess in the city of Anand Nagar in Maharajganj district of eastern UP. 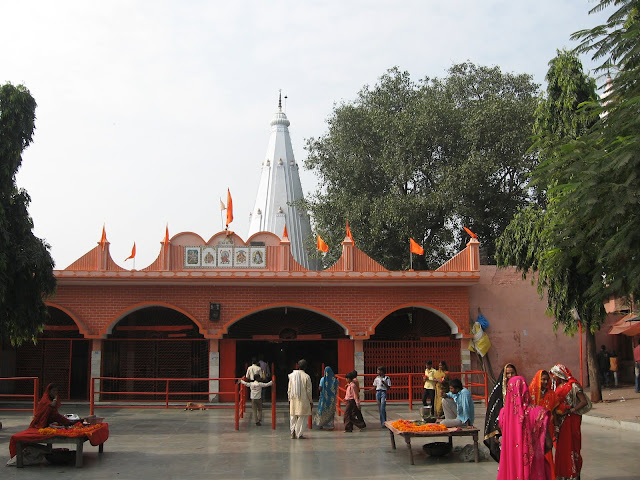 It is about 325 KMs from state capital Lucknow. Lehra is the nearest railway station, about 2 KMs away.Gorakhpur is further about 60 KMs from here.


Legend
It is said that the temple was founded by Pandvas during the exile period. This area was known as Adra-Van (Literal meaning -- Moist Forest)


It is said that when they visited the Lehra town, they were offered shelter by Mother Lehra Devi.


Once Maa came to the town as a beautiful girl and wanted to cross the river. She hired a boat and started the journey but in middle of the river the boatman grew interested in her splendid beauty and went off track. But then the Devi disappeared with the boat. Then it is said that in the Kalyug she was seen with the boat to her followers, who made a temple at the very place. It is believed that if a person visits the temple for regular 5 Tuesdays, his wishes are fulfilled.


Tuesday is a very important day for the devotees here. navratri is anyway the most auspicious time to worship the mother.


During navratri times, a big fair happens here during those nine days.

Being blessed with the darshan of almighty mother, we staretd the return journey to Lucknow and on the way we stopped at Devi Paatan Temple.

This place is about 175 KMs from state capital Laucknow.

For description of this place, please visit my blog on Devi Paatan.

Feeling blessed with the darshan of three famous Shakti Temples in the same day, we started our journey back to Lucknow. The Gonda road is not that great and it took us some 5 hours to cover the distance of about 175 KMs.

One thing that I would like to mention is that there seems to be a lot of scope of improvement with respect to facilities available at these auspicious places. Respective authorities should take proper steps to do that.

Let the almighty mother shower her grace on all of us!
Posted by trips of alok at 10:15 PM